Since 2010, MicroBank has commissioned ESADE business school to produce an annual report on the social impact of the microcredits.

The study was prepared on the basis of a survey aimed at a group of entrepreneurs and micro-entrepreneurs who received finance from MicroBank and shows how MicroLoans helped to create jobs and improve the beneficiaries’ employment circumstances.

The microcredits given by MicroBank to microenterprises and entrepreneurs since it started out have helped to create or consolidate more than 181,000 jobs. 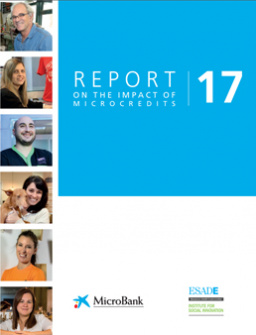