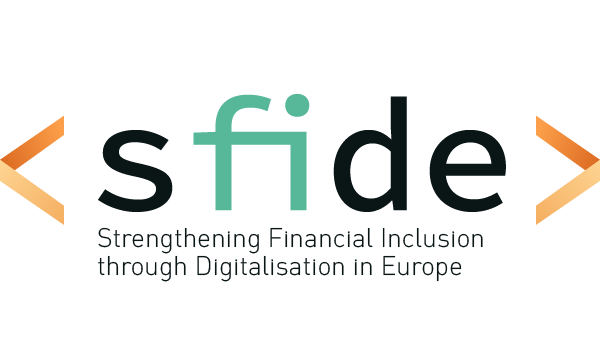 While the intensity of the income inequality debate has somewhat receded in recent years, the issue itself is still highly relevant. Persistent and large income disparities threaten the social fabric of European society and require an appropriate policy response. Inclusive finance is a policy instrument intended to alleviate poverty and reduce income inequality.

In July 2019, the joint candidature presented by the University of Twente, the European Microfinance Network (EMN) and Qredits has been selected by the European Investment Bank Institute (EIB Institute) who granted the consortium with the EIBURS sponsorship to carry out research on the theme of ‘Building the future of inclusive finance: the role of Fintechs and digitalisation’. The project will be supported by the Technical University of Berlin, the Nord University, Triodos Bank and Youth Business International.

The SFIDE project aims to investigate the potential of technological and financial innovation to increase the efficiency of the inclusive finance sector, through the identification and promotion of best practices. It is the partners' flagship project on digitalisation, a topic of utmost importance especially at the dawn of the post-COVID era for the European microfinance sector. Its operational launch took place in May 2020 for a duration of three years.

If you would like to know more about the project, don't hesitate to get in touch with EMN Senior Research Officer Nicola Benaglio (n.benaglio@european-microfinance.org)

The University of Twente (UT) believes technology and people have a leading role to play in providing solutions for today’s complex and often global societal challenges. Central to its vision is their High Tech Human Touch philosophy, in which it fuses natural sciences, data science, biology and engineering with social and behavioural sciences while maintaining a relentless focus on societal impact. Since the University of Twente's founding in 1961, it has been deeply connected with the rich industrial heritage of its region and the well-being of its population. The University of Twente is known as the most entrepreneurial university of the Netherlands. NIKOS is the university’s entrepreneurship and innovation research and teaching department – a key part of the High tech Business and Entrepreneurship cluster of the School of Behavioural, Management and Social Sciences.

Launched in January 2009, Qredits is a social enterprise that supports entrepreneurs in the Netherlands to successfully start or invest in their business by offering loans up to €250,000. It also helps entrepreneurs to build their business skills through its mentoring, e-learning and Academy programmes. To date Qredits has disbursed over 15,000 loans totaling €326 million. Currently it employs 95 staff members and works with 600 volunteer business mentors.

The Institute aims at channelling support, mainly through grants or sponsorship, to higher education and research activities, particularly in the field of applied economics within Europe.
The Institute committed to acting as a catalyst for economic and social development within the EU Member States.

The EIB University Research Sponsorship (EIBURS) programme provides grants to support EU universities and research centres to develop activities in selected research areas additional to those that would normally be carried out by the beneficiary and on topics of major interest to the EIB Group (EIB and EIF).

An EIBURS is a research grant of up to EUR 100 000 a year, for a period of three years, The number of EIBURS grants awarded each year depends on the available budget. Each grant focuses on a different topic defined by the EIB Group. Thirty-one EIBURS research projects led by 24 universities and research centres from 11 countries have been financed so far.

Learn more about what we do